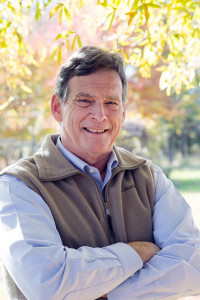 Born in Charleston, West Virginia, I lived in nearby Nitro the first few months of my life. My father was a restless man and a bad drinker. We moved to Pine Bluff, Arkansas; Provo, then Orem, Utah; Richland, Washington; and Blaw-Knox, Pennsylvania. When I was six my mother decided that was enough and moved my sister and me to her birthplace, our grandmother’s farm in Floyd County, Virginia.

On a mountain farm with cattle, sheep, chickens, ducks, turkeys, and pigs, I felt I was gentry, since the old homeplace had electricity and indoor plumbing. The house of my great uncle, a widower who lived alone in a hollow a half mile away, featured neither convenience. Uncle George Weddle had neither car nor buggy and walked everywhere with his hickory cane and his old shepherd, Maxie. A natural storyteller, he gave me my first drink of wine, my first chew of tobacco, and the first book I ever received as a gift, a copy of Aesop’s Fables.

After graduating from high school in 1968, I attended the University of Virginia. There I was awarded the Gray-Carrington Scholarship Award, the Algernon Sydney Sullivan Award, and the Raven Award. I had a prize story in the national collegiate writing contest sponsored by The Atlantic Monthly. A member of Phi Beta Kappa, I received a Danforth Foundation fellowship to attend graduate school. I earned an A.M. degree at Harvard University and an M.F.A. at the Writers’ Workshop at the University of Iowa before pursuing a career in fund-raising, marketing, and book publishing.

My fiction has appeared in the Virginia Quarterly Review, Sewanee Review, Gettysburg Review, and other magazines. Forsaken is my first novel. I admit I should be old enough to know better. My home is in Greensboro, North Carolina, with my wife, Mary Leigh, an English cocker spaniel, Pinot, and two rescued pit bulls, Elly and Sam.