For those interested in reading Forsaken: A Novel as a group, we’ve put together a selection of questions and websites that may help facilitate discussion. For teachers and professors who are considering the novel for use in class, we’ve also assembled tips, questions, writing assignments, vocabulary, and instruction materials that may be useful in your preparation. If you’d like for Ross to visit your book group or classroom, please contact him by email.

A.  READING GROUP TOPICS FOR DISCUSSION

B.  CLASSROOM TIPS FOR TEACHERS

The historical novel Forsaken includes many authentic, interesting subjects that affect our lives today. Encourage students, instead of relying only upon this single source, to consult a variety of sources and in the process, establish their own understanding of the truth of the time. As narrator Charlie Mears writes, “I’ve learned the truth hides somewhere in the shadows of what happens.”

Through this book you can encourage students to sample a wide variety of genres: maps, newspapers, court records, novels and poetry of the period, biblical references, and political essays.

Below are suggested exercises for exploring and enjoying the novel.

For each character have students examine his or her importance for Charlie’s growth and survival, where appropriate.

“Some evenings after supper Mother would sit with me in the parlor and read the scriptures.” character Mother – page 7

“I had retreated into despair when my friend Fitz died. Loneliness had become my shepherd.” character Fitzhugh Scott – page 69

“He was smiling the broad smile of our boyhood days. He ran like a wild thing. His mutilation made him all the more feral, as if everything human had been taken away.” character Red – page 263

“I resented him because his instincts for the news were better than mine. He resented me because I’d had it easy, a college snob.” character Pace – page 18

“My heart just failed me, that’s all.” character Harriet – page 28

What would you say is the significance of the pit bull, Lucky? Is he just a dog?

Charlie and Harriet get to know each other in her older sister’s cottage garden. Later, they meet in her uncle’s rose bower. Do you see any special meaning in these places?

How are mountains significant in the novel?

Make a list of the different birds Charlie notices as he tells his story. Do the birds have any relation to the events or emotions he is experiencing?

Charlie was born at twilight. Other significant events in the novel occur in the “gloaming,” as he calls it. What would you say is the significance of twilight in the novel?

Why is the story of Nat Turner in the chapter “My Testament” important? How does fear influence our lives today?

Why was Charlie so intent on Harriet’s happiness?

Discuss Dr. Walter Plecker’s generalizations about African Americans on page 139. Why was this a prevailing attitude?

How does Charlie find redemption in the novel? Think about his relationship with Lucky, his visit to Charlottesville to the grave of his college friend, the article he writes attempting to get editor P. B. Young to hire him, his conversation with Harriet in the valley near Mount Nebo, or any other elements that were significant.

On page 300, Charlie writes, “I saw that Harriet had the Bible open to the gospel of Matthew. I leaned my head against the seat back and closed my eyes. She began to read.” What is the passage Harriet reads aloud to Charlie? What is its significance?

A picture of Virginia Christian appears on the cover of the novel. Can you think of any other characters whose pictures could have been used instead?

What is the meaning of the word, “forsaken”? Who is forsaken in the novel?

Select an important issue of the historical period of the novel and take a stance in an essay.

Identify cultural attitudes that influenced the verdict in Virginia Christian’s trial. Write an essay about how you think Virgie would fare in a courtroom now. Do you think juveniles are treated fairly by courts today? Do you think her color would influence the court?

Assume the role of a reporter and write an expose on the Virginia Colony for Epileptics and Feebleminded.

Charlie quotes many biblical passages in the novel. Select some of the passages, and in an essay, explain why the passages were important to the narrator.

Look up the American poet Walt Whitman. Write an essay about him, explaining why you think he would be so important to the character Fitzhugh Scott that he would want lines from Whitman’s poetry inscribed on his tombstone.

Write an essay that compares and contrasts the significance of the biblical Mount Nebo with the Mount Nebo in the novel.

African American history during the Jim Crow era includes poverty, racism, disrespect, hopelessness, and protest. Investigate the Jim Crow laws of this period, provide examples, and describe how these laws were changed.

Draw a map of Virginia that shows the events of Charlie Mears’ life in Forsaken.

Create a timeline that shows the important events in racial history in Virginia from the time of Nat Turner’s Insurrection in 1831 to the time when Charlie and Harriet escape to Utah in 1913.

A winner of the Gray-Carrington Scholarship Award, the Algernon Sydney Sullivan Award, and the Raven Award at the University of Virginia, Howell is a member of the Raven Society and Phi Beta Kappa. He was the recipient of a Danforth Foundation fellowship to attend graduate school.

His fiction has been published in the Virginia Quarterly Review, Sewanee Review, Gettysburg Review, and other magazines. He writes, freelance edits, and teaches at Elon University. His home is in Greeensboro, North Carolina, where he lives with his wife Mary Leigh, English cocker spaniel Pinot, and two rescued pit bulls, Ellie and Sam. 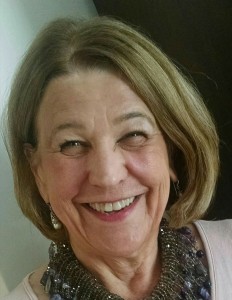 Sara Martin Lyke was born and raised in Chattanooga, Tennessee, and began her career as a high school creative writing and literature teacher in 1967. Although she went on to spend most of her professional life in the software industry, she nurtured her love for literature on nights and weekends, reading her favorite southern authors, including Eudora Welty, Cormac McCarthy, Pat Conroy, and Lee Smith. After living in Texas, California, and Wisconsin, Sara now calls Greensboro, North Carolina, home, where she passes on her love for literature and poetry to her granddaughter, Clare.