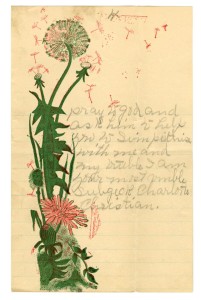 Saturday I talked with someone I’d admired for years, but had never met.

Mary Leigh Howell, our three dogs, and I were on our way from Greensboro, North Carolina, to Seagrove Beach, Florida. During the drive we had an unsettling moment.

In Atlanta we merged into a convoy of pickups flying Confederate battle flags, probably headed to a weekend rally—a big gas grill was in the back of one pickup. Riding on a highway where you can hear the flags snapping in the wind is different from watching on TV.

When we got to Montgomery, Alabama, Mary Leigh photographed (left to right) Suzanne La Rosa, my publisher at NewSouth Books; Derryn Moten, Acting Department Chair, Department of History and Political Science, Alabama State University; myself; and Ellie, one of the rescued pit bulls with us on our trip.

NewSouth Books is situated on Court Street downtown—bookstore downstairs, publishing offices upstairs. Home of the first White House of the Confederacy, Montgomery is a city known as the Cradle of the Confederacy and the Cradle of the Civil Rights movement. Suzanne is sitting on a sofa once occupied by Rosa Parks, who in 1955 refused to give her seat to a white passenger at a bus stop near where we’re gathered. On a wall hangs a 2009 handwritten note from Harper Lee to a NewSouth employee. Not far away is Dexter Avenue, where Dr. Martin Luther King, Jr. led the 1965 Selma voting rights march to the steps of the State Capitol.

The reason for our stop? Derryn Moten.

I had read his 1997 University of Iowa dissertation, “A Gruesome Warning to Black Girls: The August 16, 1912 Execution of Virginia Christian.” Derryn revealed a tragic Jim Crow event history had overlooked. And his meticulous scholarship saved me countless hours of research.

Derryn, as it turns out, is a long-time friend of NewSouth Books. It was through Suzanne that we connected.

“What got you hooked on Virginia’s story?” Suzanne asked Derryn.

“A research librarian brought me a box of materials tied with a single string. When I opened it, I found a letter written by Virginia’s mother, begging the governor to spare her child’s life. Once I realized what I was holding, I knew I had to tell the story.”

That moment changed Derryn’s life—and mine, too.