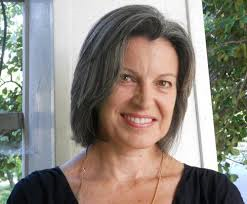 Despite the fact that her work appeared in many magazines and journals, including the New Yorker and the Southern Review, and that she was a poet laureate of Virginia and a Pulitzer Prize winner, I’d never heard of Claudia Emerson till I read her obituary in the University of Virginia Magazine.

True, I’d graduated from the College of Arts & Sciences before she arrived, but I was working at the University in fund-raising the year of her graduation, 1979. Recruiting student volunteers, I’d met several of her classmates.

But somehow I’d missed her.

I like to think Claudia Emerson and I would’ve hit it off. She, from small-town Southside Virginia. Me, from a farm on the southwest plateau of the Blue Ridge. Each of us shaped by rural landscapes and country people.

But we had remained ships passing in the night.

That is, until April, when I learned we had been drawn to the same subject.

A lynching gathering/ a horizon closing in/ the men

would hurry/ to do it, send her/ to a black man’s

death, arguing/ that the widow/ had been frail, delicate

while Virginia/ they called full-blooded—/ a negress with eyes

Virginia Christian was trapped not only by the racism of her time, but also by the push of Progressive-era Virginia. In 1912 the sometimes hideously bungled public hangings at local county courthouses had only recently been drawn under the wing of the Commonwealth. All executions were to be carried out at the state penitentiary in Richmond using a new, modern device.

The legal executions, that is. In Hampton the mayor, sheriff, coroner, Commonwealth’s attorney, judge, and jury of white men who would decide Virginia Christian’s fate understood that justice must be found quickly in the courts to avoid a lynching in the streets.

“Virginia Christian,” and other poems, may be found in The Opposite House by Claudia Emerson, available at LSU Press. Here’s the link: