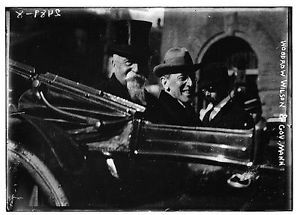 In my August 5 blog, “A Special Day,” I described meeting for the first time Derryn Moten, the historian whose dissertation convinced me to write Forsaken. A video of our conversation, produced by NewSouth Books, is now available. Please have a look.

Derryn and I spoke about many of the issues narrator Charlie Mears ponders in this excerpt, taken from “So Long!”, Chapter 17 of the novel. Charlie is riding a train to Southampton County, Virginia. He longs to pray at his mother’s grave. The newspaper coverage of the Virginia Christian trial and execution over, he’s exhausted and dispirited.

“Governor Mann had asked Commonwealth’s Attorney Montague to review Virgie’s case for error. He had ordered Warden Wood to give the girl a physical examination to determine she was of adult age. He had denied petitions for clemency from the girl’s attorneys, Newsome and Fields. He had rejected appeals for mercy in letters from colored and white politicians, schoolteachers, businessmen, suffragettes, children’s welfare groups, pastors, temperance society leaders, Chicago newspaper editors. He had informed the National Association of Colored People that he did not object to their hiring a private investigator to turn up new facts in the case. He notified a group of concerned physicians in Chicago that while they were free to send an alienist to determine the girl’s mental competency, he was satisfied of her intelligence.

He had met with William “Habeas Corpus” Anderson, attorney for prizefighter Jack Johnson, at the governor’s mansion. He had listened politely to the colored attorney’s points, but advised Anderson he was not sufficiently informed of the facts of the case. He had dismissed a notarized plea from the girl’s father, signed with an “X,” saying that his child had never been a problem to anyone. He had responded by letter to a note penciled on floral notepaper from her crippled mother, begging him to spare her daughter’s life. “I am always sorry to see anybody get into trouble,” the governor wrote to Mrs. Christian. He dismissed my letters, where I argued Virgie’s confession clearly showed the murder was not premeditated, and that life in prison was a harsh and sufficient punishment. Having once been a sitting judge, Governor Mann had reviewed the case himself in point of law. A minister, he prayed fervently about the morality of the sentence. In the end, I believe he felt her execution was inevitable.”