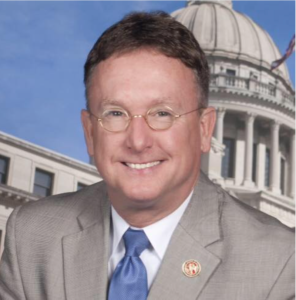 “The destruction of these monuments, erected in the loving memory of our family and fellow Southern Americans, is both heinous and horrific,” Rep. Oliver posted to Facebook. “If the, and I use this term extremely loosely, ‘leadership’ of Louisiana wishes to, in a Nazi-ish fashion, burn books or destroy historical monuments of OUR HISTORY, they should be LYNCHED!”

The representative’s language contains the hyperbole, tortured syntax, and hazy imprecision we often hear in political discourse. For example, “Nazi-ish”—Oliver’s coinage—has come to mean most anything a speaker doesn’t agree with, regardless of which side of the aisle he sits.

But Oliver’s larger rhetorical purpose was laser sharp, with ALL CAPS for emphasis. And we pencil-headed grammar types always admire a Latinate periodic sentence, its meaning withheld until the final word.

So Rep. Oliver issued an apology. Sort of.

“I, first and foremost, wish to extend this apology for any embarrassment I have caused to both my colleagues and fellow Mississippians,” he wrote. “In an effort to express my passion for preserving all historical monuments, I acknowledge the word ‘lynched’ was wrong. I am very sorry. It is in no way, ever, an appropriate term. I deeply regret that I chose this word, and I do not condone the actions I referenced, nor do I believe them in my heart. I freely admit my choice of words was horribly wrong, and I humbly ask your forgiveness.”

I don’t think “embarrassment” quite covers what some African American citizens of Mississippi must have felt. “Outrage” or “revulsion” might be more accurate. Yet Oliver didn’t seem to be concerned about those Mississippians.

“Lynched” was an especially appropriate word for the Rep. Oliver to employ, in light of the fact that his district includes the town of Money, where 14-year-old Emmett Till was lynched for speaking to a white woman in 1955. The African American boy was beaten and mutilated before he was fatally shot, his body dumped from a bridge near the Tallahatchie River.

Two white men, Roy Bryant—the husband of the white woman Emmett was said to have offended, and J. W. Milam, Bryant’s half-brother—were arrested and tried for murder, and both were acquitted. These men gave an interview to Look magazine in 1956.

“Niggers ain’t gonna vote where I live,” said Milam. “If they did, they’d control the government. They ain’t gonna go to school with my kids. And when a nigger gets close to mentioning sex with a white woman, he’s tired o’ livin’. I’m likely to kill him. Me and my folks fought for this country, and we got some rights.”

Such “rights” were exercised all too frequently. According to the NAACP, Mississippi led the nation with the highest number of lynchings from 1882 to 1968—with a total of 581.

Hard to imagine that Rep. Oliver, born and raised in Winona, where he now works as a funeral director, could be ignorant of this legacy. His town’s just a few miles down the road from Money.

So was Oliver’s invoking lynching rhetorically “embarrassing”? No. It was vile and corrupt.

It was a message on the one side to “keep the skeer on ’em,” as Confederate cavalry officer and Ku Klux Klan founder Nathan Bedford Forrest famously said, and on the other, a dog whistle summoning white racist pride.

“The use of such inflammatory rhetoric in the context of public discourse is repugnant and does damage to the considerable advances that have been made in healing the wounds caused by state-supported racism of the past,” Baria and Stone conclude in their joint statement. “In 2017, no elected official in the state of Mississippi should be speaking in this manner regardless of any strongly held opinions concerning Confederate statues.”

Or any topic. Anywhere else on earth.