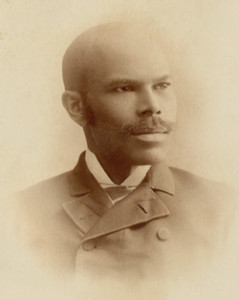 (Large photo) Martha Green, photographed in Chicago, Ill., by Stephan Chodorov. (Small photo) George Washington Fields, lead defense attorney for Virginia Christian, at the time of his graduation from Cornell Law School. Fields was a very successful attorney, even though he lost his eyesight more than a decade before he represented Virgie.

Martha Green recently sent excellent questions about the trial in Forsaken, which I answered in previous posts. I asked Martha also to send information about herself, since I enjoy hearing what brought readers to the novel. Once you see her background, you’ll know why Martha’s questions were so insightful.

“I grew up in New York City during the ’40s and ’50s and attended a Quaker school for 13 years, which made a huge impression on me. I went to Bryn Mawr College, married shortly after graduation, and moved to Cambridge, Mass., then to Utica, N.Y., where my husband had a job as a reporter on the Observer-Dispatch. The newspaper had just won a Pulitzer Prize for reporting on the infamous 1957 Mafia meeting in Apalachin, N.Y.

“After a brief stay in Burlington, Vt., and the birth of four children in rapid succession, we moved to Brooklyn, N.Y., where I’ve lived ever since. I became interested in Montessori education and took a course to enable me to teach at a school I’d been involved with establishing in Brooklyn Heights in the ’60s, and went on to Teacher’s College for a master’s degree in early childhood education.

“In the early ’70s I was divorced and became interested in the process of divorce from a sociological as well as a legal perspective. I taught my children how to cook and went to Brooklyn Law School. I graduated in 1979 and worked for a civil court judge who sat on the criminal bench in Manhattan briefly while I was his law assistant. I had the opportunity to sit by his side and observe the workings of criminal law administration in New York City, before moving on to a small firm where I handled family law issues. Ultimately, I had my own practice until I retired in 1998.

“My reading is eclectic. The most recent books I’ve read are How To Live or A Life of Montaigne and At the Existentialist Café, non-fiction titles, both by Sarah Bakewell.

“I bought your novel Forsaken because your mother-in-law was so enthusiastic about it at your reading at McIntyre’s Books in Fearrington Village, N.C. In fact I bought one for my sister-in-law as well, so that we could discuss it after we had finished reading.

“At this moment in my life I’m very busy running my house in Maine, with many visitors and guests in constant rotation, and family members and neighbors filling in the gaps. Everything is far apart, so a lot of driving is required, which fortunately, I enjoy. After September I’ll return to Brooklyn and do much the same, in a different environment, and without the driving.”

Thanks, Martha! I’d be delighted to hear from other readers, too. Email me at ross.howell1@gmail.com.