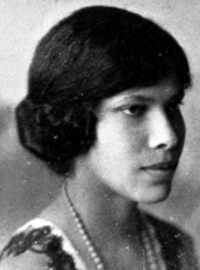 Was it a good idea for the father [Henry Christian] to testify that he did not know the age of his daughter [Virgie] when age was the only element offered for clemency on appeal?

This question posed by a Forsaken reader is one that troubled me in my research on Virginia Christian.

Thomas Newsome, the lawyer assisting lead defense attorney George W. Fields, noted that late in the trial one of the witnesses called was “Henry Christian, father of Virginia Christian, [who] testified that…Virginia Christian was sixteen years of age on Feb. 22nd, this year, but did not know or remember year of birth….”

Establishing Virgie’s age was critical. Under Virginia law, a juvenile was not to be executed.  The next witness was “Miss Fannie Price [who] testified that she was a teacher in Whittier School; that the records of said school show that Virginia Christian, who was a pupil in that school three years ago, gave her age as having been born on the 15th of August, 1895.”

Why would Fields have Henry Christian testify about Virgie’s age, when the subsequent witness could testify unequivocally?

I won’t spoil the plot, but I’ll tell you this.

George Fields had a daughter, Inez, who was Virgie’s age. At the time of the trial, she was a student at Hampton Institute. After graduating in 1914, she attended Boston University School of Law. In 1922 Inez “became one of the earliest black women admitted to practice law in Massachusetts,” writes the Massachusetts Historical Society.

Inez returned to Hampton and joined her father’s law practice. The Library of Virginia notes that in the 1930s, “she oversaw benefit programs that collected money, food, and toys for distribution to needy families and children of unemployed parents.” She would also help with black voter registration and lead an effort to secure equal pay for teachers of color. “The Hampton City Federation of Colored Women’s Clubs selected Fields as its 1957 Woman of the Year,” the LVA continues, “and the National Association for the Advancement of Colored People honored her in 1968 with a lifetime membership plaque.”

Virginia Christian, however, died in the electric chair the day after her seventeenth birthday.

Jim Crow put successful African Americans like George Fields in deadly situations. Without “justice” in the court, Virgie Christian would surely have faced a lynch mob. And Fields’ daughter Inez might have faced rape or death.