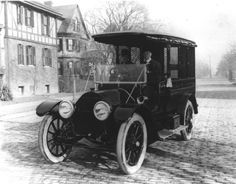 How excited I was when I found the photograph of the six men above!

Why? The man standing at the far right is the historical Sheriff R. K. Curtis, who arrested and held Virginia Christian in the Elizabeth City County jail in Hampton. Sheriff Curtis’s deputies accompanied the girl to the courthouse the days of her trial, and saw to her safety until she was taken into custody by officials at the state penitentiary in Richmond, where she died in the electric chair.

This photo was taken in 1920, eight years after “Virgie” Christian’s trial and execution. In the foreground is a whiskey still, and my guess is the African-American man standing next to Sheriff Curtis is the still’s operator, who, no doubt, is about to be introduced to the jail’s accommodations behind him.

The historical Sheriff Curtis was popular, serving Hampton for more than two decades. In this photo he is powerfully built, affable-looking, as I’d imagined him, though his three-piece suit is far tweedier than I would’ve expected.

I did not equip my fictional Sheriff Curtis with the eyeglasses he’s wearing. Since my narrator Charlie Mears is bespectacled, I thought Sheriff Curtis’s would be one pair of eyeglasses too many for the narrative.

The well-fed man in the dark hat standing before the jail window I used as model for Constable J. D. Hicks, chief jailor and courtroom sergeant-at-arms. The historical Hicks was the man who gave Virgie a thorough “overhauling” at the sheriff’s behest, and discovered the murder victim’s purse hidden on her person, clearly establishing motive in the case.

Whether the man here is in fact the real J. D. Hicks, I cannot say.

Finally, the tall man in the bowtie and overcoat standing in the threshold of the jail door I used as model for Deputy Charles “Chas” Curtis, Sheriff Curtis’s best detective. Though the fictional Chas tries valiantly to talk down a lynch mob outside the jail, in the novel it is ultimately the presence of the sheriff that convinces the crowd to disperse.

Photos like this one, showing the faces and manner of dress of the sheriff and his men, along with pictures like the Norfolk police car, were invaluable, as I tried to depict as accurately as I could this transitional period in Virginia history.