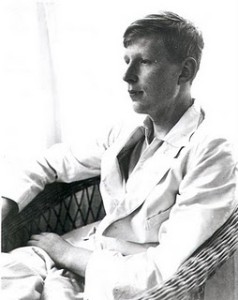 Storms this holiday killed 43 people in the United States. Homes were shredded to kindling by 200 mph cyclones, while vehicles were tossed like bathtub toys in roiling floodwaters.

Yet my big concern this morning was the dogs won’t go out to pee in the rain.

It’s a great weight, isn’t it, the weight of human suffering? So we ignore it.

In December 1938 after a visit to the Royal Museum in Brussels, Belgium, W. H. Auden (1907–1973) wrote “Musee des Beaux Arts,” responding to Brueghel paintings he’d seen. Brueghel’s “Landscape with the Fall of Icarus” depicts the Greek myth where Daedalus crafts wings of feathers and wax so he and his son can escape the island of Crete. Icarus ignores his father’s advice not to fly too near the sun; the wax melts, and he falls to his death in the sea.

About suffering they were never wrong,
The old Masters: how well they understood
Its human position: how it takes place
While someone else is eating or opening a window or just walking dully along;
How, when the aged are reverently, passionately waiting
For the miraculous birth, there always must be
Children who did not specially want it to happen, skating
On a pond at the edge of the wood:
They never forgot
That even the dreadful martyrdom must run its course
Anyhow in a corner, some untidy spot
Where the dogs go on with their doggy life and the torturer’s horse
Scratches its innocent behind on a tree.

In Breughel’s Icarus, for instance: how everything turns away
Quite leisurely from the disaster; the ploughman may
Have heard the splash, the forsaken cry,
But for him it was not an important failure; the sun shone
As it had to on the white legs disappearing into the green
Water, and the expensive delicate ship that must have seen
Something amazing, a boy falling out of the sky,
Had somewhere to get to and sailed calmly on.

While this is our season of “miraculous birth,” and I have a preoccupation with “doggy life” this morning, scholars note that Auden’s words are allusions to two Brueghel paintings also on display in Brussels, “The Census at Bethlehem” and “The Massacre of the Innocents.”

Neither poet nor painter created these masterworks to make us indifferent, but to make us mindful.

Let us all be mindful in the New Year.