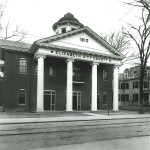 (Large photo) Elizabeth City County Courthouse, Hampton, Virginia, where Virginia Christian was tried for murder in 1912. (Small photo) Inez C. Fields, the daughter of George Washington Fields, lead defense attorney in the Virginia Christian trial. (Massachusetts Historical Society) Was it a good idea for the father [Henry Christian] to testify that he did not know the […] 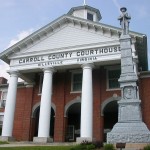 (Large photo) Courthouse in Hillsville, Virginia, where five people died in a March 1912 shooting in the Blue Ridge Mountains. (Small photo) Virginia Christian, who was charged in March 1912 with murder in Hampton, Virginia, and was not allowed to testify in her own defense. Recently a reader from Brooklyn, New York, sent me a […] 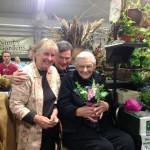 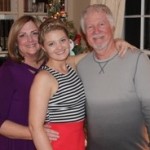 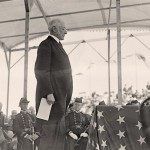 In August 1912 Virginia Christian died in the electric chair at the penitentiary in Richmond, Virginia. When I talk about Forsaken, I tell readers this the point in the novel where it also becomes Charlie Mears’ story, because here is where his actions lead Jim Crow to single him out for retribution. In an earlier […] 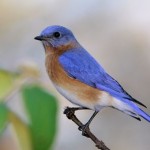 The male eastern bluebird claiming our backyard box “carries the sky on his back,” as Henry David Thoreau wrote. I’ve watched him the past couple weeks. At first there were quiet differences of opinion as to who had rights to the box. Some mornings I’d see two males sitting atop it, with another perched in […] 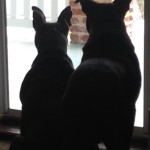 Elly Mae became a Howell family member on February 17, 2016, when my wife Mary Leigh signed her adoption papers from the Merit Pit Bull Foundation. We’d been fostering her for a little over a year. She’s a pretty girl, with her blue coat and white markings. People often admired her at the adoption events […] 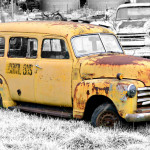 In May 1955, the U.S. Supreme Court handed down its decision in Brown v. Board of Education II, stating that “all deliberate speed” was to guide the desegregation of schools. That fall I started first grade in Floyd, Virginia, riding bus #27 the seven miles from home to my elementary school. In Floyd there was […] 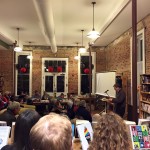 At a book signing at Park Road Books in Charlotte, North Carolina, a photographer from southern Florida sat in on the reading. He bought a copy of Forsaken. After I autographed his book, we chatted. He told me he specialized in historical photography and was making pictures of sites and artifacts along the Underground […] 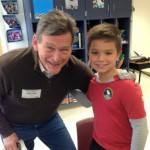 Last week I had the chance to visit Colfax Elementary School in North Carolina to talk about writing with Mrs. Whitlock’s second graders and Mrs. Wilson’s fourth graders. We discussed what an author does, learned the word “empathy,” recited together a couple lines from Walt Whitman, and then in teams wrote stories and shared them […]